With the recent release of Microsoft Dynamics NAV 2015, I was curious to look back on Microsoft’s plans for the product and see if major additions such as Social Listening were ever included in the old plans.

A little research has yielded some interesting results.  It’s amazing to see how trends and new developments have influenced the outlook for Microsoft Dynamics NAV! The best I can tell, this slide came out just before the Dynamics NAV 5.0 launch in late 2006. (Pardon the French). Source.  Here is a translation:

It’s cool too see so many definitive NAV features coming out of the woodwork! This roadmap contains two big hints for the future of Dynamics NAV – 1) The first peek at Microsoft Dynamics NAV 2009, and 2) an indication of just how transformative Dynamics NAV “7” would be, now scheduled for around 2011. Source. 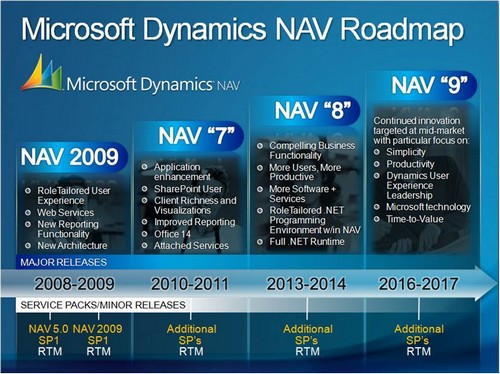 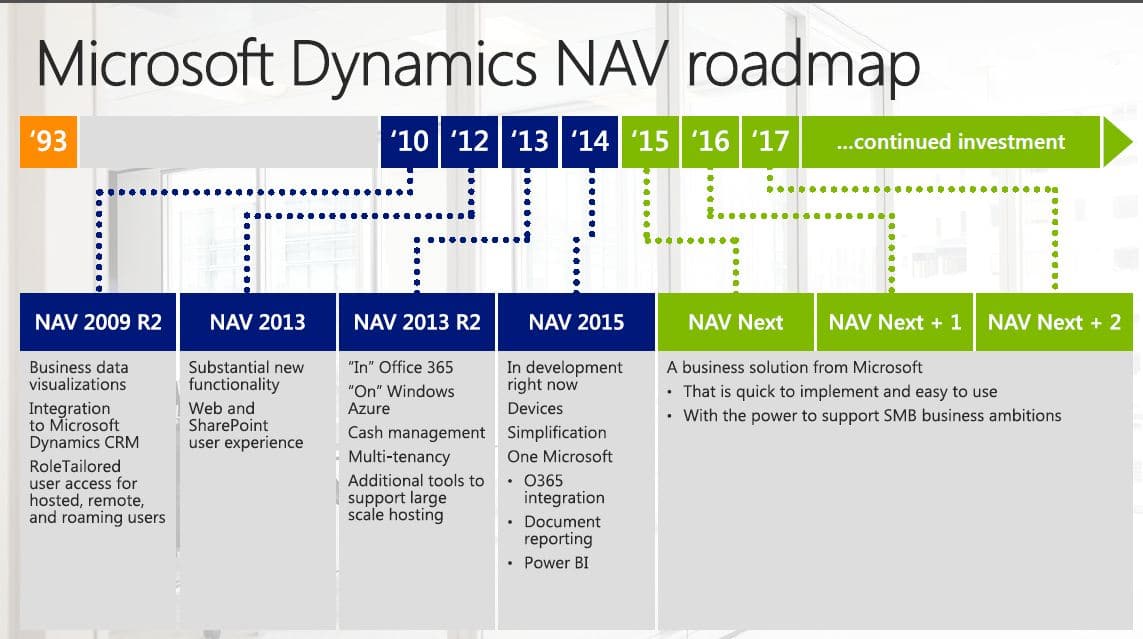 This roadmap shows (retroactively) the major improvements that have been put out since 2010.  It’s interesting to observe the differences between what’s here and what was scheduled earlier.  Source.

It’s neat to see common themes throughout Dynamics NAV’s development, such as Office Integration, Business Intelligence, Quick Implementation, and Ease of Use. Also, it seems as if my search for Social Listening is going to have to come up fruitless (in previous roadmaps at least, it’s very much part of NAV 2015!)  Regardless of what Microsoft had planned for Dynamics NAV way back in 2005, they’ve hit the nail on the head a decade later with an extremely flexible solution for unique businesses.  Today, Dynamics NAV is the largest mid-market ERP solution in the world!

Are You Receiving Our Newsletters?

Subscribe to receive our monthly newsletters with the latest updates all in one place! Get important product information, event recaps, blog articles, and more.

Monthly Newsletter Straight to Your Inbox 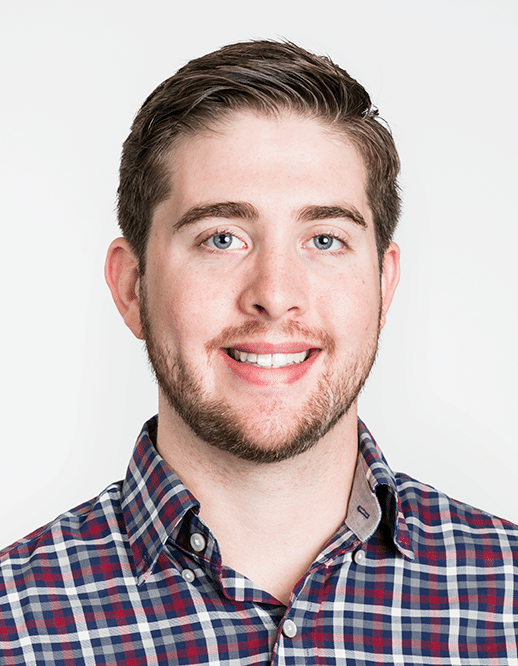 Bridge to the Cloud Promotion for Microsoft Dynamics

eCommerce Integration with Microsoft Dynamics 365: How Does It Work & What Are The Benefits?