Leadership abilities in project managers are seen as one of the most important qualities of a project manager. If that is so, how do we identify those traits and what are some key characteristics of a good leader? What does good project leadership look like? In this article, we’ll explore those questions as well as some typical situations that require a project manager to demonstrate leadership.

A Vital Trait of Project Leadership

When it comes leadership what kind of traits does a good leader have? Former FBI director, James Comey in his book A Higher Loyalty believes that “the best leaders are both kind and tough”. Tough meaning that leaders are accurate, they provide the truth, whether it’s flattering or not. Comey further notes that “decisions must be made with the recognition that they (the leaders) could be wrong. That humility leaves the leader open to better information until the last possible moment.”  When communicating (and at times initiating difficult conversations), humility is an asset in a project leader. Humility translates into patience. Humility translates into open-mindedness.

Along the same lines, Andy Crowe in his book “Alpha Project Managers: What the Top 2% Know That Everyone Else Does Not” notes that in the Alpha group; “they were far more likely to discuss what they did not do well than they were to brag about their accomplishments.” Further, “there was a degree of genuine humility present in this group that was not evident in the overall population”.

To become a great project leader, humility is required (among other traits). One is well served to have an accurate view of one’s own flaws when discussing areas for improvement. At least in part, it is this combination of being “accurate” while being modest that gives a project manager the opportunity to earn the trust of his or her colleagues.

Of all the traits, humility is one that stands out because self-serving pride is so inherent to our nature. Humility isn’t something to be achieved, humility is something to be lived. Humility translates into a modest recognition of our abilities and a view that often thinks of others better than oneself. It doesn’t mean a lack of confidence in one’s abilities, rather a focus on others. Humility isn’t thinking of oneself less, humility is thinking of oneself less often. The team understands this by osmosis from the project manager. This then translates into a much better working relationship and a high degree of trust.

Project Leadership: What Is It?

When it comes to the definition of leadership PMI (the Project Management Institute) defines leadership as being about change. Working primarily to establish a direction, aligning people, and inspiring and motivating them. Similarly, John C. Maxwell, writer of 21 Irrefutable Laws of Leadership quotes that “leadership is not about titles, positions or flowcharts. It is about one life influencing another.” For a project manager it’s passionately grasping the vision given to him or her by the organization and influencing others to follow that vision. 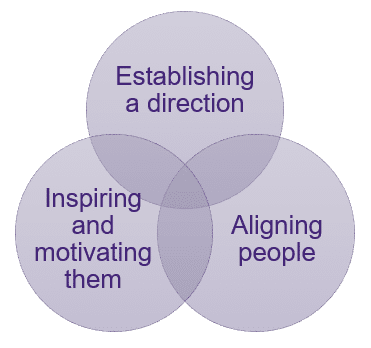 Agile project frameworks such as Scrum focus on leadership from another angle. Scrum focuses on the scrum masters ability to lead from a servant leadership perspective. Serving his or her team members first, looking out for their well being and focusing on removing impediments to their work. While the focus here isn’t on vision, the focus is on accelerating the team’s capabilities to accomplish the vision and serving one’s colleagues in order to complete that vision.

Tied into this is how one motivates a team. Any project manager that leads with heavy-handedness will likely find themselves with resentful team members. Or alternatively, if the leader micromanages the team, team members will feel a lack of respect for their abilities or knowledge. Employing these tactics, the project manager will likely find themselves out of the communication loop and likely without any accurate feedback from the team. With very little insight into the project, a PM will quickly find themselves not being able to influence, direct or control communication – one of his or her primary tasks. Without team members eager for the team’s success, the PM will find it difficult to align the team with the vision.

Leadership is about embracing a vision and then working to influence the team to execute that project. Some of the key traits for a PM are the ability to inspire team members and have the team embrace the fact that the PM is there to assist them and help them be successful.

There are some key times in a project where I find leadership critical to effective project management:

There seems to be frequent times on a project that I find I need to realign the team to the overall project vision. I’ve had to sell the idea of why focusing on a collaborative solution is more important than the short-term pain it’s causing. This often boils down to the project manager’s ability to sell the team members on the vision. The ability to “sell” (influence) is a important part of a PM’s capabilities. Demands to have something fixed quickly need to be weighed against the project’s mandate. Those conversations are at times unpopular but it’s important that the project manager show leadership at those points and sell the team on the mandate.

Clarity around the overall vision and aligning teams to that vision is one of the project manager’s foremost leadership tasks. Any team, while immersed in the details, will have a difficult time thinking both tactically and strategically. This remains one of the project manager’s primary roles, to continue to think strategically while the details threaten to take over. To continually ask themselves; how do these details impact the overall plan? How is this decision impacting the overall project plan? How would the steering committee or executive sponsorship view this decision? Or, is this in accordance with the overall mandate? It’s in these moments where it becomes important that a leader has the courage to communicate the vision effectively and realign the team.

I find that in a project there usually comes a time where personnel performance needs to be addressed. Performance issues like; individuals are not capable of performing their tasks, executives are not engaged, or consultants or employees aren’t responsive. These may be hard things to address. Sometimes it involves putting oneself in the midst of a difficult conversation. For the project manager, it requires courage. Even project managers tend to avoid conflict and not address the root of the problem! I find when problem solving (including personnel performance issues) using the 5 Why’s is helpful in determining the root of the issue (more on the 5 Why’s). The root issue isn’t typically visible on the surface. These often end up being leadership or management issues. For example, we may say the problem is that people aren’t on time in meetings. But, if we take the time to discover the real reason people aren’t on time it may be because the leaders of the organization aren’t engaged in the project and therefore their people aren’t. It may be a discussion one needs to have with the leadership of the organization. These types of discussions require courage.

Leadership is about communicating a vision and inspiring people. For the project leader, it’s also about preserving that vision with his or her team at a strategic and tactical level. It requires humility and courage, and is a lifelong learning process. 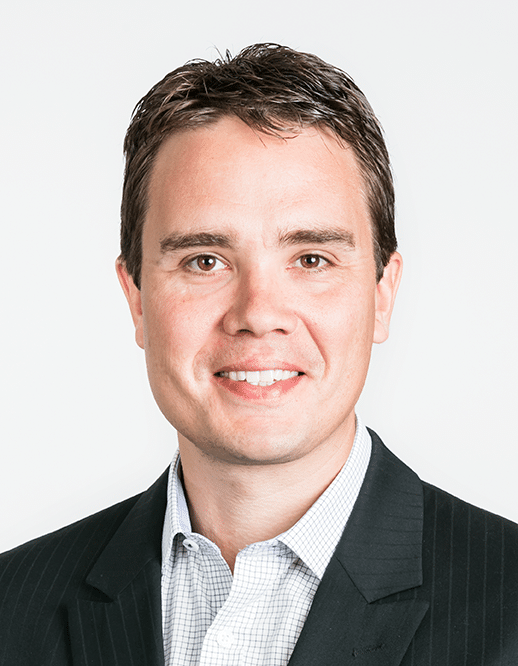 Carlos Ekkert is a senior project manager who excels in driving complex initiatives to support the business' goals. With over 15 years in the industry, Carlos ensures through constant communication and planning that these initiatives meet expectations. His ability to articulate a solution’s impact, together with his strong reputation in navigating roadblocks, allows stakeholders to be confident in the execution of Encore projects.

This blog originally appeared on Avalara’s website here on Dec. 15, 2020. The COVID-19 pandemic has affected how we learn, shop, socialize, travel, and work. That, in turn, is influencing tax policy. After employees across numerous industries transitioned to working from home, states struggled to determine the tax implications of a newly remote workforce. As…