Tracey: Good afternoon, everyone. I want to welcome you to our webinar today from Encore Business Solutions. It’s “How to reduce AX cybersecurity risks and upgrade costs.” And joining me today are Mike Lamb and Sam Walters from our Dynamics F&O or Dynamics AX team, and they’re going to be presenting two different programs we have. One is our Encore Cloud Uplift Program and the other one is our D365 F&O Upgrade as a Service. So I’m going to hand it over to them. Welcome, gentlemen.

Mike: Oh, it’s great to be here. This is Mike Lamb, I’m the interim F&O practice lead here at Encore Business Solutions and have been doing AX implementations and upgrades to F&O and in AX for over six-plus years and spent some time as a CIO at a big retail distribution company. And this is a subject that has been near and dear to my heart in previous lives as a CIO when it comes to having equipment in my own data center when I was a CIO and or even a core location as everyone knows it. Security threats are out there and management of this infrastructure is becoming more and more immense and costly as time goes on they cost all these things yourselves. So, Sam, I’ll let you introduce yourself real quick.

Sam: Sure. I’m Sam Walters. I’ve been working with AX and D365 for about 10 years now, and I kind of serve as our resident Azure expert.

Melissa: Okay. We’ll let that run for a little bit.

Mike: Okay. If everyone wants to do the poll real quick then we’ll go ahead and get started.

Melissa: Okay. Looks like the majority is no at the moment. The answer no.

Mike: Okay, all right. We’ll go ahead and get started here. So we’re gonna go over two of our offerings here at the Encore Cloud Uplift Program and D365 Finance and Operations upgrade as a service. So, we’ll go ahead with these two things, so first, we’ll go for the uplift program and then the upgrade as a service in two separate sections here. I’m going to go over the D365 Finance and Operations upgrade as a service offering. So, today, kind of like the underpinnings of the Windows servers and SQL Servers are facing the same thing. AX is facing end of life. There’s a lot of folks who’ve just got on the 2012 platform or you’re on 2009 and you’re not ready to migrate yet. You know it’s coming but you want to take a breather for a while. Microsoft’s now offering incentives to buy the upgraded licenses now, and then what we’re offering is to upgrade you later on. So, we’re offering to allow you stay with your current environment, take you up to get you onto the Azure platform in your current environments if you want to or stay, and then, going forward, help you with the transition upgrade to Finance and Operations on a monthly fee. So we set up a monthly fee, I’ll go into towards the end here, going forward. So you wouldn’t have a big, huge initial upgrade cost, it would be kind of a monthly upgrade or a monthly service offering fee with unlimited support to your existing AX 2009, 2012 environments over a three year period and include the cost of upgrading built into the monthly payments over there.

So, with this, is stated the 2009, 2012 environments. There’s, you know, no new features/functionality coming. Existing customizations are becoming more and more expensive going forward, and updates that are required. Anybody who’s working on 2009, 2012, their customization and bug fixes are definitely hard to implement every time with your, before the full Best Practice Development Test UAT staging sandbox environments, all the way to production and keeping all that organized and testing and refreshed is a big chore these days. And underlying hardware are getting harder and harder to support, so, those underlying SQL Server and Windows Server versions are becoming out of date also.

So, here’s kind of an overview of kind of the end of life. Really, the 2009 window is coming, you know, really close, you know, October 18th, 2018 ends mainstream support. There will be extended support through 2021, but that’s really just the bare, any extended support, there’s no new enhancements or anything like that, just the bare. If they find security issues they’ll patch those. And then going all the way up, now we’re at the F&O version of the tent platform of what they’re kind of calling the “Evergreen” going forward. So, what this buys you now is, once you make the upgrade from your 2009 to 2012 to Finance and Operations, you’ll have the ability, when you’re doing customizations and those things, they’ve made it so Microsoft can go ahead and do updates and releases and it shouldn’t impact any of your customizations you’ve done. So, the whole release process in 2009 was very painful. F&O, going forward, it’s very seamless. They’ve built in the architecture here so when you’re coding against finance and operations, doing any customizations of your own, it’s really just external services you’re touching, not the underlying code that they can upgrade going forward. So they can upgrade pretty much in near real-time and they do allow you to stay back on some of the upgrades to three to six months I think, and then you’ll be forced to take them anyway. But it’s a lot less intrusive as it was before the 2012 world.

So, kind of the reasons here to upgrade is taking advantage of the new features/functionality, as I was talking about. The updates are easily applied with the new “Evergreen” approach in F&O. Customizations are implemented as extensions, so, that helps minimize any issues with Microsoft updates going forward. And then the F&O, the big thing here is your finance and operations production environment is fully managed by Microsoft, so you actually don’t have hands-on ability to touch it. It is truly managed by them, so, the uptime in your production environments greatly increase. There’s not a lot of downtime or anything like that with those production environments that are managed by Microsoft. All the other environments, the Staging, Test, and Dev are AZURE hosted environments, so those you do have more control over and you can spin up, spin down, manage your costs too you if you will, so, if you don’t want them up all the time you can spin them down and not get charged for them running constantly.

So, kind of going towards wrapping this up on the Financing and Operations upgrade as a service. Kind of what we’re offering now is we’ve seen with our customers that they would like a more predictable monthly fee, so we’ll set it up for a monthly fee going forward. You can control the pace of your upgrade, so, really, going forward, if you’re not ready now you could sign up for this and we could…you’ll get your sign up…get your F&O licenses, the 40% discount now I think it’s until November 1st of 2019, and you can stay in your 2012 environment or 2009 environment right now and then dip your feet in the water a little bit in the F&Os;. You could spin up an F&O environment just for a little test environment, do a little training, get your users kind of used to it, that type of stuff, and then start working on the upgrade when it’s convenient on your timeline, when you’re ready and your business makes sense to actually do the upgrade from 2009 to 2012 to F&O. And then we offer four advisory hours every month as well as it’s unlimited support for your existing AX 2012 environment, and when we get you up to F&O it’s unlimited support there too.

So, this is kind of a little more detail, so, kind of the nuts and bolts of how this would work. You could sign a two year, three-year monthly upgrade limited which includes the unlimited support contract. Then we work with the customer on the upgrade from 2009-2012 to F&O, and we’ll follow our same project methodology. So, there’s no shortcuts here, it’s the same proven iterative methodology here of what we found for success to upgrade from these older environments to F&O. And then you get unlimited support for AX 2009 2012 and F&O. So, kind of, this is an example, I know everybody’s probably like pricing what would that look like for a monthly basis going forward. All right. This is just an example, so it varies by customer, so somebody like Tracy, you’d reach out to and then we could engage with yourselves out there and look at your environments. But just kind of a swag of kind of what it could look like is, we’ve gone to a module-based pricing. So, what this would be is a monthly based pricing. If you have GL, AP, AR, it might be like $4,000 a month. If you’re using basic inventory that’s another $2,000. If you’re, and that’s it, that’s all you’re doing. It’s a pretty simple environment and that’s gonna be about $6,000 a month over two years and that includes your existing unlimited support for your 2009 2012 environments as well as a whole entire upgrade from your older environment to F&O going forward. And then it varies here depending on other modules that are more complex, advanced warehouse management and production/MRP. You have other integrations, ISVs that you have that are more complex or less complex, we kind of price them out and add that into the monthly fee also.

So, that’s kind of the F&O upgrade as a service offering. And, Sam, did you have anything to add on either one of those?

Sam: As far as the F&O as a service, no. I would say that that…the biggest thing with that is just that it’s a consistency of cost instead of getting hit with that large price tag upfront, or even milestone pricing. It’s a much more smooth and simple way to ease your way into D365 FO.

Mike: All right. So, Tracey, I’ll turn it back over to you here and I open the floor if there’s any questions.

Melissa: Did we lose Tracey?

Melissa: Melissa here, I’ll just take a look at the question pane, and, anyone, feel free to put some questions in there if you have any. Not seeing anything coming in for now. Did you want to close it off then, Mike?

Mike: Yes, yeah. Yeah, so, I want to thank everybody for attending today on this webinar here and going through the F&O as an upgrade as a service and the Cloud Uplift Service offerings here. Hope you gained some benefit, knowledge of something along the way on the migration to Azure from your existing environments or from AX 2012 end of life, especially around security risks and that type of stuff, and go into F&O, the transition, going forward. Definitely reach out to us if you have any questions after this and we’d be happy to do a follow up with you. We really appreciate everyone’s time. Thank you.

Read Case Study of a Manufacturer's Dynamics 365 Implementation with Encore

"We met our three project goals of 100% completion of critical business requirements at Go Live, completed with 90% Best Practices or better, and GO Live done in a timely manner." 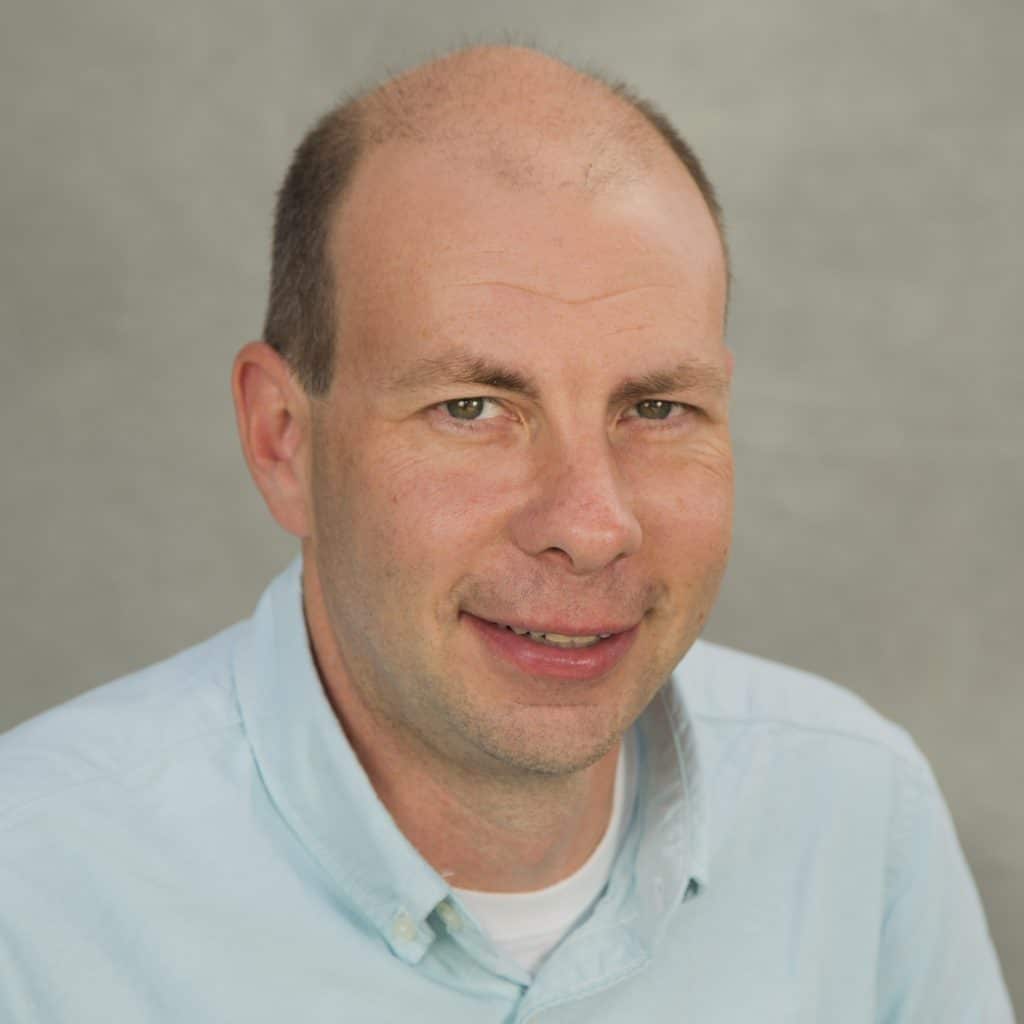