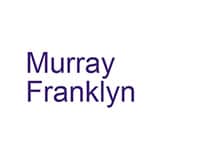 Murray Franklyn is a homebuilder from the Seattle area that has been in business since 1966. They take pride in providing tremendous value to would-be homeowners with their innovative luxury home designs. Customer needs are a top priority for them and being able to continue operations smoothly is of utmost importance to the organization.

Murray Franklyn had been struggling through a Dynamics AX deployment with another Partner and wanted to look into alternate options. After receiving several similar recommendations from people in his professional network Donny Wright, Director of Information Technology, reached out to Fine Solutions originally, before Fine was acquired by Encore.

“I can say with confidence that even though Fine was acquired by Encore, there has not been any dip in performance or quality of work or timeliness for our Dynamics AX deployment. I have continued to get exactly what I expect and have been delivered in the past prior to that acquisition. I am still very happy with you guys.” – Donny Wright, Director of Information Technology, Murray Franklyn.

After speaking with Encore’s team members initially, Donny was impressed with our strong work ethic, and also the breadth of services provided specifically for the Microsoft Dynamics AX platform. Encore’s attention to detail and responsiveness was exceptional.

Murray Franklyn found great value in Dynamics AX being a part of the Microsoft ecosystem -providing versatility in terms of robust support from Microsoft, Partners and vendors. That was critical because in the vertical-specific ERP space they came from, a lack of competitive solutions became a real problem when trying to accomplish things in an efficient, cost-effective fashion.

“The Microsoft platform definitely offers us a lot of options.”

While working with Encore they experienced firsthand the benefit of no unscheduled downtime, enabling them to maintain their level of productivity.

In addition to keeping continuous productivity up for Murray Franklyn, they have been impressed with Encore’s ability to go into their AX environment and make modifications without disrupting the system. This is especially important considering their system requires a module tailored to the homebuilder industry. Encore’s experience and skill in pushing a complex solution like Dynamics AX from a test to live environment was evident, and the trust Murray Franklyn felt with Encore guiding the way was highly valued.

Donny finds that Encore has a very common-sense approach to customer service that is somewhat uncommon within the IT industry. It was important for the non-technical staff at Murray Franklyn to be able to understand these technical systems, and the support team from Encore has been adept at communicating effectively with their team.

Murray Franklyn continues to find that Encore’s response time and level of support is excellent, with Encore never hesitating to help them in an emergency. Says Donny of his partnership with Encore; “We are certainly the happiest we’ve ever been with an ERP Partner.”