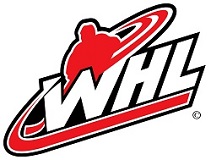 The Western Hockey League (WHL) started with just seven teams based in the provinces of Saskatchewan and Alberta in 1966. The WHL now has representation in all four Western Canadian provinces and the U.S. states of Oregon and Washington. With the WHL now consists of 22 member Clubs with 17 based in Canadian markets and 5 in the U.S. Pacific Northwest.

The WHL is a member of the Canadian Hockey League (CHL) whose membership is comprised of three major junior hockey leagues: Ontario Hockey League (OHL), Quebec Major Junior Hockey League (QMJHL) and the Western Hockey League (WHL). At the conclusion of each League’s playoffs, the CHL hosts the Mastercard Memorial Cup. A National Championship tournament involving each of the League’s Champion and the tournament host.